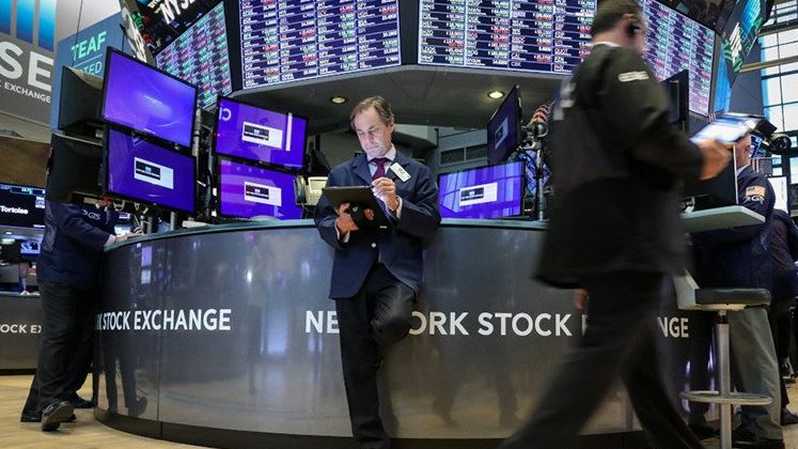 The Dow rose Tuesday as economy-linked cyclical stocks climbed after House Speaker Nancy Pelosi touted optimism over getting a deal on stimulus, though said differences on key issues remain ahead of today’s deadline.

Pelosi suggested progress had been made with the White House on recent stimulus talks and she was hopeful a deal could be brokered by the end of the day. The house speaker conceded, however, that state and local money along with business liability remained sticking points.

Both sides resumed talks at 3PM ET today, after negotiations a day earlier helped chip away at differences.

The remarks firmed up expectations a deal could be in the offing after White House economic advisor Larry Kudlow signaled uncertainty.

Stocks tied to the economy like industrials, materials and financials racked up gains intraday.

Financials got a boost from rising banking stocks, with Goldman Sachs (NYSE:GS) in the spotlight, up more than 2%, after the latter was reported to have reached a deal with the U.S. Department of Justice to pay over $2 billion for its role in the 1MDB scandal.

JPMorgan Chase (NYSE:JPM) and Wells Fargo (NYSE:WFC) were up more than 1%, while Citigroup (NYSE:C) added more than 2%.

In tech, meanwhile, further signs of a government crackdown on the monopoly power of large cap tech did little to dent investor sentiment on the sector.

The U.S. government filed an antitrust lawsuit against Google on allegations it had violated competition law to preserve its monopoly over internet searches and online advertising.

Elsewhere in tech, International Business Machines (NYSE:IBM) fell 6% after reporting a third straight quarterly decline in revenue and keeping its guidance sidelined amid uncertainty from the ongoing pandemic.

Procter & Gamble (NYSE:PG) was up more than 0.5% after raising its guidance and reporting quarterly results that topped Wall Street estimates in the wake of a pandemic-led boost to demand for its household products.

In other news, cash-strapped move chain AMC Entertainment (NYSE:AMC) slumped more than 12% after warning of possible bankruptcy as it continues to seek additional liquidity to plug the financial hole as a result of the pandemic.