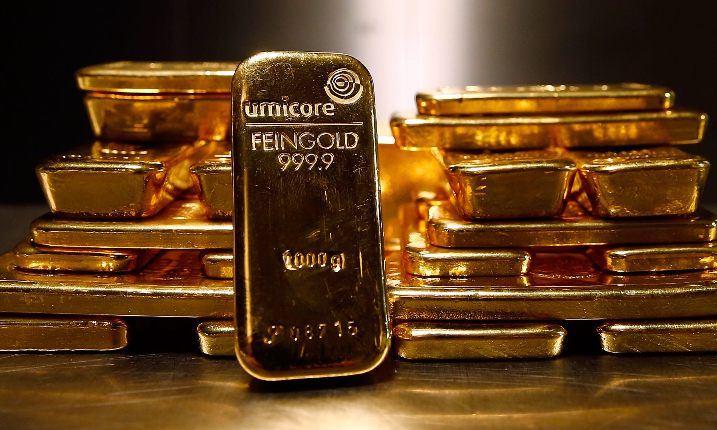 Gold held near the lowest level in more than two months as an uptick in the dollar and further signs of economic recovery pummeled demand for the haven asset.

Bullion capped a five-day skid on Wednesday, the longest run of losses since March, as data showed U.S. retail sales surged in January by the most in seven months. In addition, production at manufacturers rose more than forecast as factories continued to recover from pandemic-related disruptions.

Gold, which posted its biggest annual gain in a decade last year, has dropped more than 6% in 2021 amid optimism on growth, fueled by expectations for progress on vaccinations and more economic aid. A gain in 10-year Treasury yields is also weighing on demand for non-interest-bearing bullion, and prices have extended losses after forming a so-called death-cross pattern.

Spot gold was little changed at $1,777.59 an ounce by 7:47 a.m. in Singapore, after dropping to $1,769.65 on Wednesday, the lowest intraday level since Nov. 30. The decline has been accompanied by a drawdown in holdings in bullion-backed exchange-traded funds.

In other metals, silver was steady, while platinum and palladium advanced. The Bloomberg Dollar Spot Index was flat after rising 0.3% on Wednesday.

Also on Wednesday, minutes from the Federal Reserve’s January meeting showed that officials did not see the conditions for reducing their massive asset-purchase program being met for “some time.”