Gold Holds Two-Day Advance With Stimulus and Inflation in Focus 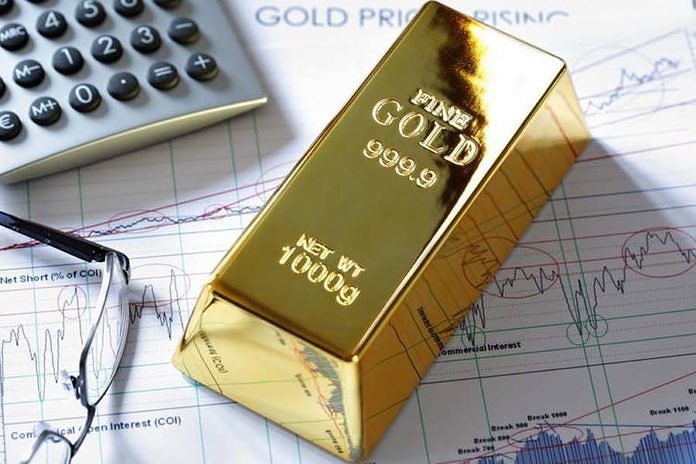 Gold was steady after the biggest two-day gain in a month as investors weighed prospects for more stimulus in the U.S. and the possibility of higher consumer prices against a focus on Bitcoin and stocks at a record.

Bullion rose on Monday as Democrats released the first draft of key legislation that will comprise President Joe Biden’s Covid-19 relief bill. Bets on a robust package are helping to underpin market-derived inflation expectations, which are at multi-year highs, and have fanned the so-called reflation trade.

Gold is rebounding after last week’s retreat to the lowest level since the start of December, when a stronger dollar and rising U.S. Treasury yields weighed on the haven asset that doesn’t offer interest. A report on Wednesday is forecast to show U.S. consumer prices rising at a quickening pace.

“Gold is rallying from a two-month low as Biden’s massive $1.9 trillion plan is about to become a reality,” said Edward Moya, senior market analyst at Oanda Corp. “The economic recovery is weak, and prospects are growing that more will be done. The reflation trade is happening a lot faster than expected.”

Spot gold was steady at $1,832.68 an ounce by 8:25 a.m. in Singapore, after a 2.1%, two-day gain. Silver rose with platinum, while palladium was little changed. The Bloomberg Dollar Spot Index was flat after easing 0.1% Monday.

Meanwhile, traders were also watching a surge in Bitcoin, which hit a record on Monday after Tesla (NASDAQ:TSLA) Inc. bought $1.5 billion of the cryptocurrency. The automaker said revised policies also permit it to invest in gold.