Gold Shoots Back Above $1,900 on U.S. Election Uncertainty, Covid 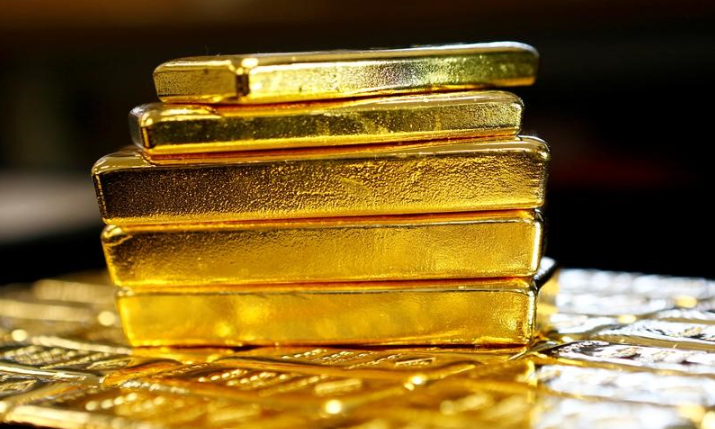 Investing.com – Gold shot above $1,900 an ounce, rallying for a third day in a row on Tuesday, as the American presidential election neared its finish amid concerns of delayed results and possible legal challenges that triggered a bid for the safe-haven metal.

Republican Donald Trump is seeking a second term in the White House while Democrat Joe Biden hopes to become the 46th president of the United States in an election that has seen record turnout despite the coronavirus pandemic that has infected 9 million Americans and killed more than 230,000 of them.

A record 100 million Americans had already voted early by Tuesday, accounting for more than two-thirds of the total from the 2016 election. Key results are expected to be known from 9 PM ET (0100GMT Wednesday).

Gold’s status as a safe-haven has been underpinned by uncertainty over the outcome of the vote, worsened by Trump’s apparent urge to legally challenge any unfavorable outcome to him. Polls initially had Biden leading a “blue” — or Democratic — wave in the election, although revised readings show the gap between him and Trump have tightened.

Biden accuses Trump of mismanaging the Covid-19 breakout and abandoning safety precautions, including the mandated mask-use, that could have saved countless lives from the pandemic. Trump counters that the American economy would be destroyed under Biden, who wants to raise taxes on the most wealthy.

One other reason for gold’s rally: expectation that whoever wins the election will try and push forth an urgently needed financial relief package too stimulate the economy. Gold is a hedge against both political troubles and fiscal expansion, and many analysts expect the yellow metal to return to record highs above $2,080 once initiative for a new stimulus resumes.

For context, Democrats, who control the House, reached agreement in March with the Trump administration and Senate Republicans to pass the Coronavirus Aid, Relief and Economic Security (CARES) stimulus. That package dispensed roughly $3 trillion as paycheck protection for workers, loans and grants for businesses and other personal aid for qualifying citizens and residents.

Since then, the two sides have been locked in a stalemate on a successive relief plan to CARES. The dispute has basically been over the size of the next stimulus as thousands of Americans, particularly those in the airlines sector, risked losing their jobs without further aid.

“If the polls got it right and it seems they have a very good chance of doing that, gold should skyrocket back above the $2,000 level in the coming weeks as a ‘blue wave’ will deliver massive stimulus in the first half of next year, sending the dollar sharply lower,” Ed Moya, analyst at OANDA in New York, said on Tuesday.

“A contested election is a risk that can’t be ignored and continues to see some safe-haven flows. After the election aftermath, the focus comes quickly back to COVID-19 and its relentless spread, raising the risks for some hospitals to reach capacity. COVID-19 once again could prompt the urgency needed for Congress to come through and deliver aid to state and local governments.”