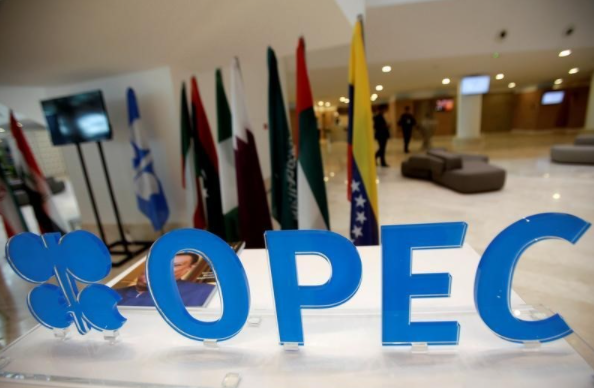 Oil extended losses after OPEC+ talks were unexpectedly suspended amid a disagreement over whether to raise output in February.

Futures in New York fell toward $47 a barrel after slumping 1.9% on Monday. Discussions will resume Tuesday after a majority of members, including Saudi Arabia, opposed Russia’s proposal for a February supply hike. The rift between Riyadh and Moscow brings back memories of last year’s crippling price war.

The production negotiations are happening against a grim short-term demand backdrop as Covid-19 continues to spread and leads to more stay-at-home orders and travel restrictions. England was ordered into a third lockdown until mid-February, Germany is poised to prolong stricter measures beyond Jan. 10, while Japan is considering another state of emergency for the Tokyo area.

The U.S. crude benchmark had risen to near $50 a barrel earlier on Monday, aided by a weak dollar. The early stages of the rollout of Covid-19 vaccines have stoked optimism that energy demand will recover quickly as the global economy rebounds, and oil has emerged as a favored trade to hedge inflation.

But with so many curbs to mobility still on the horizon, the demand outlook for gasoline and diesel will get worse before it gets better, according to Amrita Sen, co-founder of consultant Energy Aspects Ltd. in London. Consumption data for the first half of this year will be negatively impacted by the pandemic, Sen said in an interview on Bloomberg Television.

Iran, meanwhile, seized a South Korean-flagged oil tanker in the Strait of Hormuz hours before announcing it would increase its nuclear activities, the latest in a series of shipping incidents in the Persian Gulf. Anxiety is rising in the Middle East as the Trump administration enters its final weeks