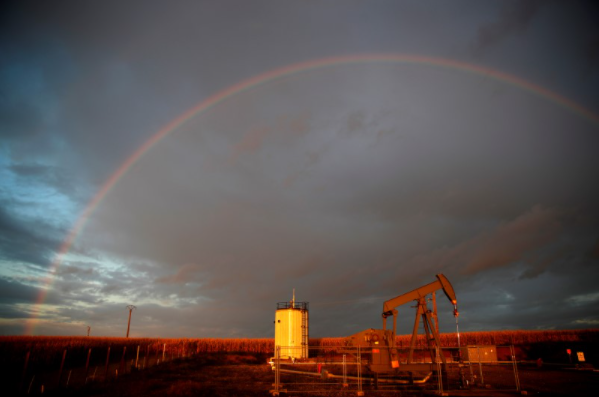 Oil prices climbed on Tuesday as data from China showed the world’s second-largest oil consumer’s import growth surging and on tensions in the Middle East after the Yemen-based Houthi movement said it fired missiles on Saudi oil sites.

China’s exports grew at a robust pace in March in yet another boost to the nation’s economic recovery as global demand picks up amid progress in worldwide COVID-19 vaccinations, while import growth surged to the highest in four years.

Crude oil imports into China also jumped 21% in March from a low base of comparison a year earlier as refiners ramped up operation amid robust fuel demand as the COVID-19 pandemic eased.

“The data … points to a domestic revival that could be good news for gasoline demand (and) as such oil prices have moved higher post the release,” said Stephen Innes, chief global market strategist at Axi.

Still, U.S. oil output from seven major shale formations is expected to rise for a third straight month, climbing by about 13,000 barrels per day (bpd) in May to 7.61 million bpd, the U.S. Energy Information Administration said on Monday.

Yemen’s Iran-aligned Houthi movement said on Monday it had fired 17 drones and two ballistic missiles at targets in Saudi Arabia, including Saudi Aramco (SE:2222) facilities in Jubail and Jeddah, though there was no immediate confirmation from Saudi officials.

The slow rate of vaccinations in Europe and anticipation of additional supply of oil from Iran in the coming months capped price gains.

“Crude prices are in a holding pattern as some advanced economies continue to make strides towards herd immunity while some nations continue to struggle thwarting the virus spread,”