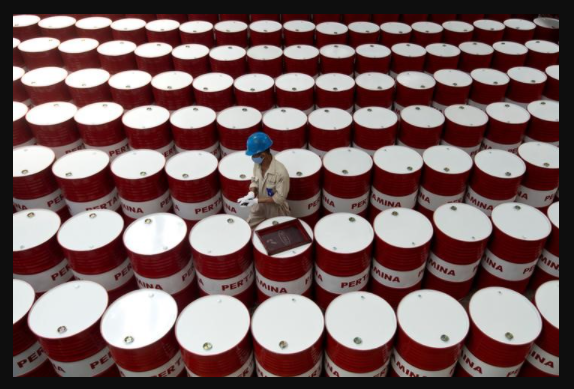 Oil stockpiles at America’s largest storage hub are set to unwind with the market showing real signs of strength for the first time since the pandemic crushed global demand.

Crude stockpiles in Cushing, Oklahoma, the delivery point for West Texas Intermediate futures, fell to about 60 million barrels last week, the lowest since early October, U.S. government data show. The drawdown is set to continue with the contango in the oil curve shrinking to levels that make storing crude uneconomic. The condition, where prices for nearby contracts are lower than those further in the future, typically prompts traders to hold on to unneeded oil.

The development comes on expectations that global petroleum demand could return soon to near-normal levels as more vaccines are announced to combat the outbreak that is reaching its one-year anniversary.

The market is looking even firmer for longer-dated futures contracts. For the first time since February, the December 2021 West Texas Intermediate contract settled Tuesday at a premium to futures in December 2022 — a bullish market structure known as backwardation where nearer contracts cost more than those further out. Also, demand for U.S. crude in overseas markets is set to pick with the WTI’s discount to the global benchmark Brent crude widening, which point sot further drawdowns in U.S. supplies.

Supply cuts have also played a part. The OPEC+ alliance, which is set to meet next week virtually, is widely expected to extend 1.9 million-barrels-a-day in production cuts for a few more months in light of renewed coronavirus lockdowns. These production curbs were initially scheduled to end in January.