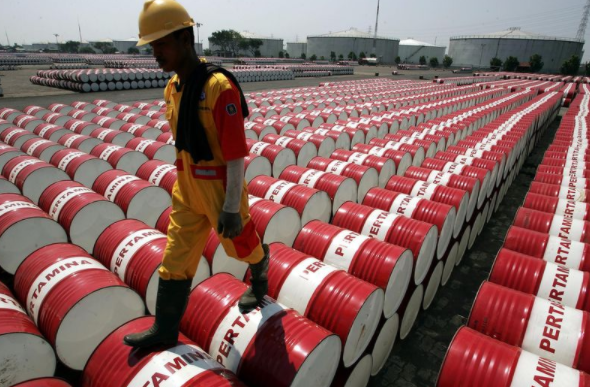 Large energy speculators once again advanced their bullish net positions in the WTI Crude Oil futures markets this week, according to the latest Commitment of Traders (COT) data released by the Commodity Futures Trading Commission (CFTC) on Friday. 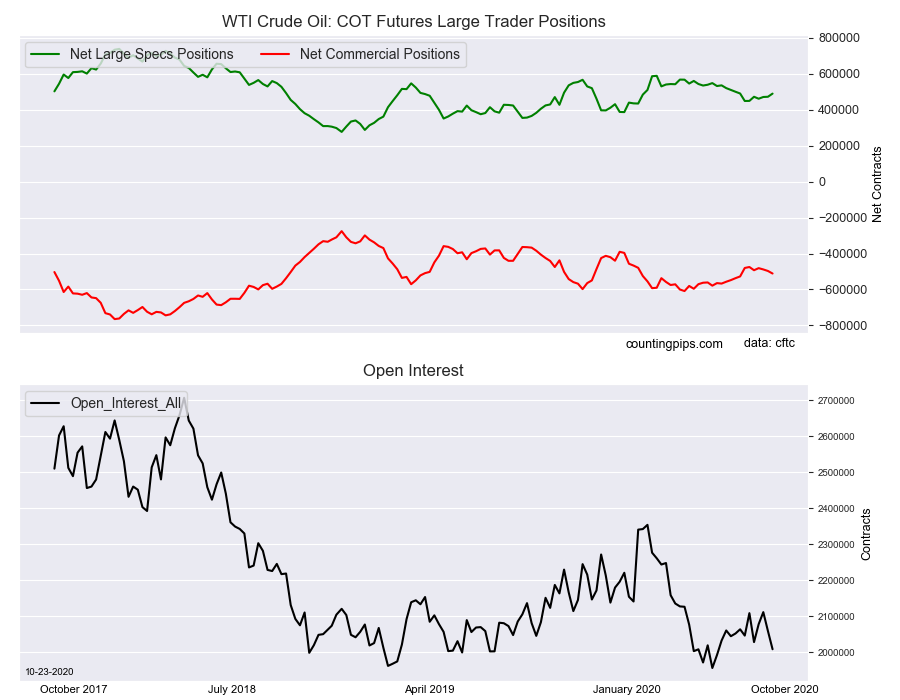 The non-commercial futures contracts of WTI Crude Oil futures, traded by large speculators and hedge funds, totaled a net position of 490,348 contracts in the data reported through Tuesday, October 20th. This was a weekly gain of 17,551 net contracts from the previous week which had a total of 472,797 net contracts.

Crude oil speculators raised their bullish bets for a third consecutive week and for the fifth time in the past six weeks. Oil positions have gained by a total of +28,437 net contracts over the past three weeks and have brought the overall bullish position to the highest level of the past seven weeks. The speculative bullish position has now been above the +400,000 net contract level for thirty-two straight weeks, dating back to March 10th.

The commercial traders’ position, hedgers or traders engaged in buying and selling for business purposes, totaled a net position of -511,117 contracts on the week. This was a weekly shortfall of -14,202 contracts from the total net of -496,915 contracts reported the previous week. 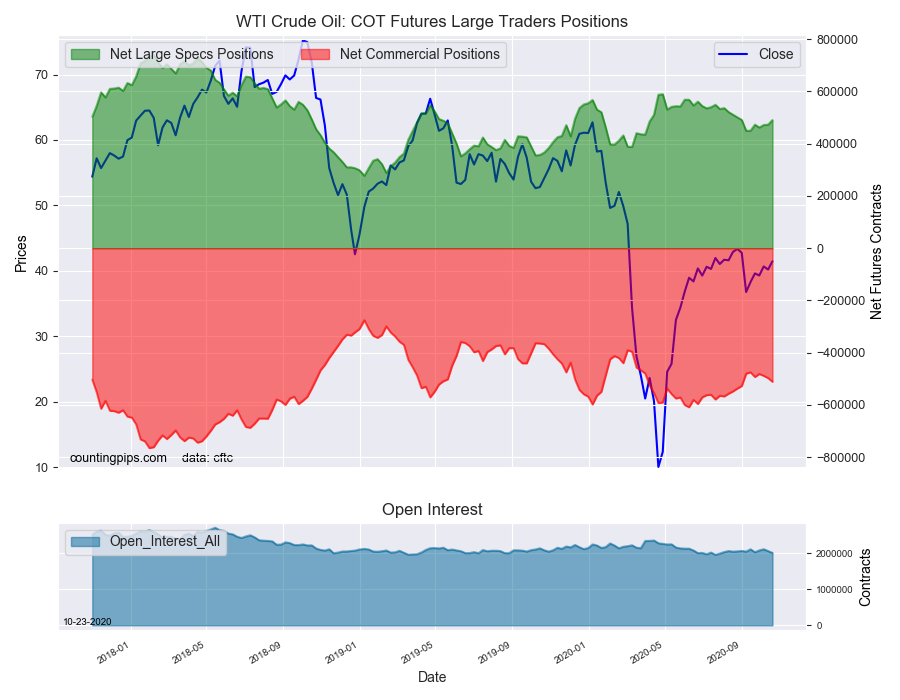 Over the same weekly reporting time-frame, from Tuesday to Tuesday, the WTI Crude Oil Futures (Front Month) closed at approximately $41.46 which was an increase of $1.26 from the previous close of $40.20, according to unofficial market data.