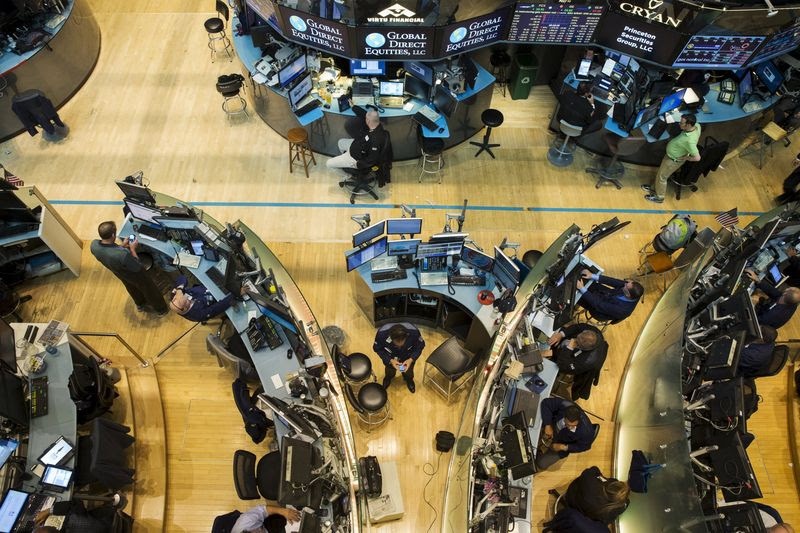 The yen slumps to a new 24-year low as the Bank of Japan refuses to follow the path beaten by the rest of the world’s central banks. Russia stops gas supplies to France and cuts supplies to Italy as the EU gives its tentative blessing to Ukraine joining the bloc. U.S. industrial production data for May are due and Fed Chair Jerome Powell will speak. And Elon Musk reassures Twitter staff they’ll be spared if they’re “exceptional workers.” Here’s what you need to know in financial markets on Friday, 17th June.

1. Yen falls again as BoJ stays the odd man out

The Japanese yen slumped again after the Bank of Japan refused to tighten monetary policy, putting ever more distance between it and the rest of the world’s central banks. It’s set for its lowest weekly close against the dollar since 1998.

The dollar rose 2.0% against the Japanese currency after BoJ Governor Haruhiko Kuroda not only ruled out tightening policy but repeated that the bank stands ready to loosen it further – even though he acknowledged that the pace of the yen’s slide is damaging for the Japanese economy.

The contrast between the BoJ and the rest of the world is likely to be underlined later when Federal Reserve Chair Jerome Powell speaks, at 8:45 AM ET (1245 GMT).

Russia ramped up the use of natural gas as a weapon in its war against the West, cutting gas supplies to France entirely and reducing supplies to Italy, its second largest European customer, to 50% of the booked amount.

The July Dutch TTF contract, which acts as a benchmark for northwest Europe, rose nearly 4% to its highest since March in response. State monopoly Gazprom (MCX:GAZP) had already cut supplies to Germany by 60% earlier this week, in what appears to be an effort to stop European suppliers filling their gas storage before the winter heating seasons starts.

The moves come as the European Union gave its tentative approval to give Ukraine candidate status, greatly accelerating its progress toward full membership of the bloc. There was, by contrast, little news on the subject of accelerating arms supplies to Ukraine from the joint visit to Kyiv on Thursday from the leaders of Germany, France, and Italy.

U.S. stock markets are set to open higher but remain on course for their worst week since the early stage of the pandemic, brutalized by the changing gear of worldwide monetary policy tightening to bring down rampant inflation.

More than 90% of stocks in the S&P 500 fell on Thursday – the fifth time in seven days that that has happened. There hasn’t been a week like that for breadth of selling since World War 2.

Aside from Powell’s speech, the market’s focus may fall on industrial production data for May, which are expected to show the slowest growth since December. Among stocks likely to take the eye is Tesla (NASDAQ:TSLA), after reports of sharp price hikes for some of its cars.

Tesla CEO Elon Musk told Twitter (NYSE:TWTR) employees that he’s still committed to his bid for the social media company, but gave a back-handed warning of staff cuts coming down the line if he succeeds.

In response to a Town Hall question about potential job cuts, Musk said there will be no change for “exceptional workers.”

Musk was also in the headlines elsewhere after a Dogecoin investor filed a $268 billion class-action lawsuit against him for allegedly seducing people into investing in a cryptocurrency that has suffered sharp losses – along with much of the rest of the crypto space – in recent weeks.

Crude oil prices were set to drift into the weekend, with a strong dollar and fears for global growth counterbalancing the usual concerns about market tightness, which have been amplified this week by warnings from OPEC and the International Energy Agency.

Efforts by legendary shale oil entrepreneur Harold Hamm to take Continental Resources (NYSE:CLR) private again have also sent a pretty strong signal as to where the industry thinks prices are heading. The Baker Hughes rig count and the CFTC’s net positioning data are due later.